Virtual Influencers - Does an avatar as brand ambassador have emotional bonding potential?

Today, influencers are an important part of a successful marketing mix for many companies, often with six-figure budgets. The brands rely on succinct characters who have a corresponding reach in social media and correspond to the brand's target group. The original approach of the companies was in particular that the influencers’ followers trust their advertising more than, for example, a TV commercial due to the emotional connection to the respective person. Thus, purchase decisions are supposed to be made more easily by the consumers.

Against this background, a relatively new marketing trend is even more surprising: Virtual Influencer - a computer-generated person who not only looks deceptively real, but also "lives" like a real influencer. By doing so, companies build an influencer ideally tailored to their target group with the appropriate character traits, who shares impressions from realistic everyday situations like a "real person". Agencies that specialise in creating such virtual influencers are no longer a rarity.

A distant example of successful "virtual idols" is the virtual British band Gorillaz (10 million followers on Facebook), created at the end of the 1990s and honoured with a Grammy for their work, among other awards.

One supposed advantage of virtual influencers is obvious: the avatar can be controlled. Influencer scandals are avoidable. An avatar will not cause any damage to your image. With a company-owned virtual influencer, there is also no risk of legal disputes with him/her or due to his/her postings. Lengthy contract negotiations about campaign conditions are also unlikely. The company's own "corporate avatar" can be optimally tailored to the image of the company and constantly refined with current trends.

So where is the catch? Can an obviously fictitious character reach the target group just as well, emotionally bind them and above all motivate them to buy like a "real influencer"?

Obviously they do. In any case, judging by the number of their followers and the likes of their posts, virtual influencers are already serious competitors for real influencers. "Lu do Magalu", a Virtual Influencer from Brazil with around 14.7 million followers on Facebook is in first place of the Influencer Marketing Hub's Top 15 Virtual Influencers is. "Lil Miquela" (2nd place, also from Brazil) embodies a 19-year-old robot who "lives" in LA and has already been involved in elaborate influencer marketing campaigns with well-known brands such as Samsung, Calvin Klein and Dior.

The trend may make some influencer-related legal issues redundant, but it also raises new questions: Who owns the identity of the virtual influencer? Do Lil Miquela, (who now not only collaborates with luxury brands and promotes beauty products, but also produces her own music) & Co. have a "right to their own virtual image" or "virtual word" and can their costly developed character be efficiently protected from imitation? Does our legal system offer sufficient protection or do we have to create new statutory protection  for digital products in times of NFTs & Co. For innovative brands, the trend should be promising enough to dare the practical test. 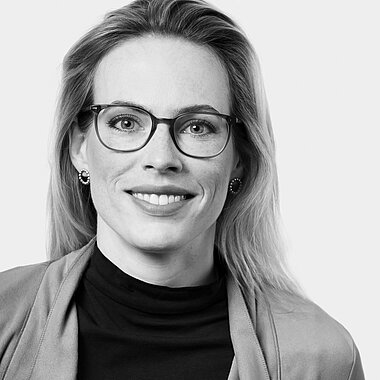