SKW Schwarz Rechtsanwälte represents savings bank Sparkasse Südholstein in preliminary ruling proceedings (C-639/18) before the Court of Justice of the European Union (CJEU) with Kiel Regional Court as the referring court. Among other things, the case relates to the question of whether a follow-up interest agreement falls within the scope of the Distance Selling Directive 2002/65/EC if said agreement was discussed and concluded exclusively by means of distance communication (telephone, letter, fax, email) between the consumer and the credit institution.

In the case at issue, a borrower had entered into three real estate loan agreements with Sparkasse Südholstein in 1994 and 1999, each of which included provisions that for the period after the end of the initial fixed interest period, the parties would negotiate the fixed interest rate applicable thereafter for a subsequent period to be determined; otherwise, a variable interest rate should apply. In all three cases, the parties adjusted the interest rate – in some instances several times – by means of corresponding follow-up interest agreements, exchanging the follow-up interest agreements by faxes and letters.

On January 15, 2019, shortly prior to expiry of the deadline for submission of comments set by the CJEU for the parties in the preliminary ruling proceedings, the German Federal Court of Justice issued a ruling (Case XI ZR 202/18) in which it commented on the question of whether a follow-up interest agreement fell within the scope of Directive 2002/65/EC. The Federal Court of Justice denied this by pointing out that it was obvious that, based on interpretation of European Union law, consumers would not have an independent right of withdrawal when concluding a follow-up interest agreement, even in view of the Distance Selling Directive 2002/65/EC.

“In its ruling, the Federal Court of Justice deals with the questions referred to it by Kiel Regional Court and notifies Kiel Regional Court that, in its considerations, it ‘disregards the unity of the loan agreement in the case of non-genuine section financing,’” said Frank van Alen, Partner at SKW Schwarz in Hamburg and Certified Expert in Banking and Finance Law, who is representing Sparkasse Südholstein. “A right of withdrawal would exist for the consumer only upon conclusion of the first service agreement, the original loan agreement, not, however, upon subsequent adjustments of terms under that loan agreement.”

A decision of the CJEU is expected to be issued in a few months. 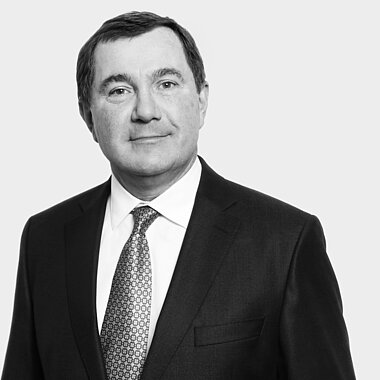