Once again: free riding on someone else’s trademark

Jurisdiction on Google ads was extended by a further aspect recently. The case at issue, however, did not relate to “keyword advertising” (third-party trademarks as search term), but dealt with the question as to whether and how a third-party trademark may appear within a Google ad.

This time, however, the case concerned the use of the trademark in advertisements placed by Amazon in the following form:

When users entered search terms such as “Ortlieb bike bag” on Google, they were shown ads booked by Amazon whose linked offering overviews also contained products from other manufacturers. Ortlieb, which does not sell its products via Amazon itself, successfully filed a lawsuit against this practice.

The press release, already published by the Federal Court of Justice, states that such use can be prohibited by the trademark owner as the trademark was used “misleadingly” in the case at issue. The decision was made on the grounds that the specific design of the ad suggested to the relevant public that the linked offering contained a compilation of Ortlieb products. Since the offer overview actually – and without separate identification – also contained other manufacturers’ products, the specific use of the trademark was “misleading.”

What does this mean for the future of online marketing? Will it no longer be possible to use third-party trademarks in such advertisements in the future? Hardly. Rather, it can be inferred from the Federal Court of Justice’s press release that the court limits this opinion to the specific case. In particular, the Federal Court of Justice points out that such use may continue to be permissible if the trademark owner’s interests are safeguarded. Since the Federal Court of Justice focused in particular on the specific form of the advertisements and the specific form of the offering overviews at Amazon, it appears possible to counteract such “misleading” conduct also by the form of the offering – such as by clear visual separation of other manufacturers’ respective products. Nevertheless, particular care must be taken when using third-party trademarks in Google or advertisements of other search engines in the future, where the respective product range also includes products from other manufacturers. In particular, the respective advertisement and the specific offering should be designed in a manner as to allow the relevant public to clearly recognize that it is not an overview of the products offered by one particular manufacturer. 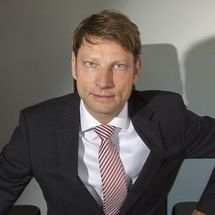