Is the partition auction for the purpose of cancelling the joint ownership of a marital home permissible before the end of the separation year?

The current case law of the higher courts answers the question with a clear “yes and no”.

Spouses F and M separated two months ago. Neither of them wants to continue the marriage. During the marriage, they lived in a property in which both have half ownership. F has moved out and now wants to auction off the marital home immediately. On the one hand, because of the current particularly favorable market situation and, on the other hand, to put pressure on M, who is delaying the clarification of questions regarding maintenance claims and the division of assets. M refuses an auction. F files an application for a partition auction for the purpose of dissolving the joint property. M applies for a declaration that the partition auction is inadmissible.

On the legal framework

On the one hand, the separation period is strongly protected under family law. During this time, no drastic changes to the status quo should take place that would make it difficult to return to an intact marriage. Throughout the separation period, the home that both spouses jointly occupied during the marriage retains its character as the marital home. During intact marriage, a unilaterally initiated cancellation of the joint property is inadmissible according to established case law, as this would impair the legally protected living space of the other person created during the marriage. During the separation period, one spouse can have the marital home assigned to him or her for sole use on a provisional basis (see § 1361 b BGB). Such assignment is valid at the longest until the divorce becomes final.

On the other hand, in the event of disagreement on the sale of the marital home, dissolution of the co-ownership must be carried out in accordance with the statutory regulations on partition auctions (Section 180 ZVG). Each co-owner can demand the dissolution of the co-ownership. In the case of land, partition shall be effected by compulsory auction at the request of a co-owner. The proceeds of the auction shall be divided among the co-owners on a pro rata basis.

The current case law of the higher courts on this issue is inconsistent. The Higher Regional Court of Hamburg (NZFam 2018, 32) has ruled that no weighing of interests is to be carried out. A partition auction for the purpose of cancelling the joint ownership of a marital home during the separation period was not permissible. The marital home must be maintained as such during the separation period. A partition auction in this phase was incompatible with the supreme court case law on the marital home.

According to a decision of the OLG Jena (NJW-RR 2019, 264), the requirement of marital consideration does not generally prevent a partition auction during the separation period. A comprehensive weighing of interests had to be carried out in the individual case. It is decisive whether the application for auction was made with anti-marital intent and whether special duties of care towards a mentally or physically ill spouse or towards joint children are disregarded by the auction. In addition, the duration of cohabitation in the marital home and the duration of living apart were to be taken into account in the individual case assessment. The necessity of the applicant to find a new adequate apartment and the offer of an adequate replacement apartment were also to be considered as criteria in the overall weighing.

Most recently, the Cologne Higher Regional Court (FamRZ 2021, 20) ruled that the requirement of marital consideration can prevent a partition auction of the marital home before the divorce becomes final. The decisive factor is the weighing of the mutual interests. In particular, it is to be examined whether the application for auction was filed with intent to be hostile to the marriage.

Due to the unclear legal situation and the conflicting OLG case law, a decision by the highest court is urgently needed. It would therefore be desirable if numerous legal complaints on this subject reached the BGH.

In practical literature, circumvention strategies are discussed. In the event that F and M have half ownership, F is advised to transfer 1% of her fractional ownership to a trustworthy third party. The third party should then initiate the partition auction as co-owner and subsequently file an action for restitution or eviction.

To justify this strategy, reference is made to the fact that no third party can initiate auction proceedings with anti-marital intent, as he is always an outsider with regard to the marriage. At present, however, it is not possible to make any reliable assessment of the prospects of success of partition auction proceedings initiated in this constellation. Until a decision of the BGH possibly brings clarity, several partition auctions will be initiated before the end of the separation year - sometimes successfully, sometimes not, depending on the competent OLG district.

We will be happy to advise you in this regard and examine the legal situation in light of the specific circumstances of your case. 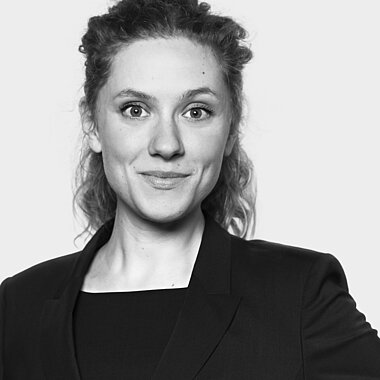