Impact of Brexit on EU trademarks and EU designs

In June 2016, the British voted to leave the European Union and, with a narrow majority of 51.9%, decided to do so. While there is uncertainty at this time regarding the specific scenarios of an exit, in particular whether the United Kingdom may become a member of the EEA or the EFTA, it is likely that the United Kingdom, after a formal withdrawal, will no longer be af­fected by existing Community-wide rights such as EU trademarks or registered Community designs.

A large number of the characteristics and designs of confection­ery products are protected by EU trademarks and/or Community designs. As such, companies that want to continue to claim pro­tection for their existing rights in the United Kingdom should make early arrangements and orient their strategy accordingly.

It must be assumed that, similar to the division or re-establishment of nation states such as Russia, Ukraine, Kazakhstan or Kosovo, there will be transitional periods in the Madrid trademark system (IR trademarks), during which the trademark owners will be convert to trade their EU trademarks in the United Kingdom into national trademarks, while maintaining the priority of the original EU trade­marks. How exactly the UK Intellectual Property Office will imple­ment this rule is uncertain, and should also be part of the subject matter of the exit negotiations. At this time, there are ongoing discussions particularly regarding certain regulations, as they were converted in the former Yugoslav states. For example, in Montene­gro, the automatic continued validity of trademarks registered until the cut-off date for the commencement of work by the local trade­mark office was established, whereas, after such date, trademarks registered by the Yugoslav office had to be revalidated. Alternatively, an obligatory revalidation of all EU trademarks registered up to a cut-off date would also come into consideration.

However, it must be assumed that EU trademark applications will no longer cover the United Kingdom from the date of formal with­drawal. Against this backdrop, it is once again possible to achieve European trademark protection through an IR trademark; that is, on the basis of a preceding national application. As part of the IR appli­cation, in addition to European Union, the United Kingdom may also be designated, without having to engage a domestic representative – as this is the case, for instance, upon a conversion to national law.

Further consequences of Brexit concerning the enforcement of rights

Furthermore, in the future, a Community trademark that was used solely in the United Kingdom may be ripe for cancellation to the extent that genuine use did not take place in the rest of the EU within the relevant time period. On the other hand, the question arises as to whether a new grace period prior to use begins to run if an EU trademark, which has not previously been used in the United Kingdom, is revalidated or extended there after withdrawal.

Moreover, an EU-wide customs seizure application will no longer work in the United Kingdom after withdrawal; a national applica­tion may be required for this purpose.

Finally, existing or future licensing contracts or delimitation agree­ments that concern EU trademarks or the territory of the EU must be examined and, if necessary, adapted.

The same applies to Community designs. Here as well, an auto­matic conversion to a national registered design or a new registra­tion or revalidation of a design in the United Kingdom should be necessary. The path that is taken here is of existential importance, particularly with respect to whether an existing priority or novelty of the design can be claimed.

Similarly, after withdrawal, unregistered Community designs will only provide protection for the remaining territory of the EU as long as they had been published within the EU. Unless the national UK legislation creates new corresponding regulations, designers within the United Kingdom would lose unregistered design rights in this connection.

With a view to conversion options that are made easier and generally more cost-efficient, we recommend that, in the future, applications for trademarks that are to enjoy protection in the EU, including the United Kingdom, take place by means of interna­tional registrations.

Unfortunately, this path is not possible for future applications or registrations of European wide designs, since the United Kingdom is not yet a member of the Hague Convention. Therefore, in addi­tion to a Community design, there must also be a national applica­tion for the United Kingdom, in order to achieve corresponding territorial protection.

Licensing and coexistence agreements that include EU trade­marks or designs as their subject matter or relate to the territory of the EU should be analyzed, and then possibly adapted by means of supplementing compatible provisions. 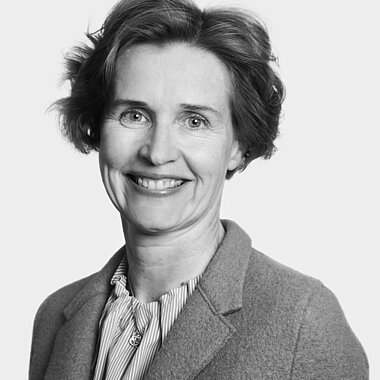