A judgment from November 19, 2020 (C-663/18) in which the European Union Court of Justice (ECJ) ruled that cannabidiol (CBD) products are no longer considered narcotics and should benefit from the free movement of goods between member states to the same extent as other legal goods led to a review of the European Commission’s preliminary assessment of CBD.

According to the European Industrial Hemp Association (EIHA), they received a letter dated December 2nd from the European Commission stating that “cannabidiol should not be considered as a drug within the meaning of the United Nations Single Convention on Narcotic Drugs of 1961 and therefore “can be qualified as food“. Only this past summer the Commission’s preliminary finding had held that non-medical CBD and other natural hemp extracts made from hemp flowers (like in hemp food or cosmetics) should be considered narcotics in the EU.

This breakthrough comes at the same time as a landmark decision from the United Nations’ Commission on Narcotic Drugs (CND) to remove cannabis from Schedule IV of the 1961 Convention, which contains only substances with “particularly dangerous properties“ and little or no therapeutic value. With this decision the CND followed a recommendation of the World Health Organisation (WHO) from January 2019. The CND is the annual gathering of all United Nations member states in Vienna to discuss and make decisions on a wide range of issues related to the global drug control system. The Commission decided by 27 to 25 votes and one abstention to follow this recommendation. Cannabis and cannabis resin will be deleted from Schedule IV of the 1961 Convention in which they were listed alongside highly addictive opioids like heroin. From now on it will be listed in Schedule I as a strictly controlled substance like cocaine and methadone.

Although considered a milestone, the vote is not likely to have immediate impact on loosening international controls. It is still up to governments’ jurisdiction how to classify cannabis. However the change will probably boost efforts in medical research and legalization. 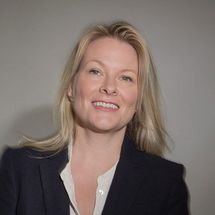 PTMG@home - “Testing Times in the Twenties – Vaccine and Brexit” - Talk on the topic „International Case Round up“ by Margret Knitter.