As of June 1, 2022, the 130-year-old German-Swiss cooperation in IP protection will come to an end: Germany has terminated the Agreement of April 13, 1892 between Switzerland and Germany concerning the mutual protection of patents, designs and trademarks, effective May 31, 2022. This entails sensitive consequences for one or the other owner of German or Swiss IP rights.

The core of the bilateral agreement between the neighboring states was that an industrial property right registered in Germany would be considered to have been seriously used, even if it were only used accordingly in Switzerland - and vice versa. The practical consequence, especially for trademark owners: Despite the lack of use of the trademark registered in Germany on German territory, the trademark would not be threatened with cancellation due to revocation pursuant to § 49 of the German Trademark Act (MarkenG) if it were instead used exclusively on Swiss territory.

The cancellation of the agreement was triggered by the "Testarossa" judgment of the ECJ in 2020 (ECJ, judgment of 22.10.2020 - C-720/18, C-721/18). The ECJ found that the 1892 Agreement was incompatible with applicable Union law, as the then applicable Article 8 of the Trademark Directive (Directive 2008/95/EC) stated that genuine use of a trademark must take place in the "Member State concerned". Consequently, the use of a German trademark in Switzerland could not have been sufficient. This ruling has compelled Germany to put an end to the long-established agreement with Switzerland.

The crux of the proof of serious trademark use

While it has been difficult enough for trademark owners to prove genuine trademark use in cancellation proceedings to date, the termination of the German-Swiss agreement now puts a further obstacle in their way.

The recent decisions of the Fourth Board of Appeal of the ECJ in Apple, Swatch and "THINK DIFFERENT" of June 8, 2022 (ECJ, Judgment of June 8, 2022 - T-26/21, T-27/21, T-28,21) show how cumbersome it can be in individual cases to convince the court of the genuine use of a trademark through presented evidence: In August 2018, at request of Swatch AG, the EUIPO ruled that the EU trademark "THINK DIFFERENT" registered for Apple Inc. had lapsed for lack of genuine use. Apple appealed against this decision only to fail miserably. The ECJ lacked a "bundle of evidence" that Apple had used the trademark in the territory of the European Union (!) in a manner that had preserved its rights. Among other things, the tech company submitted net sales figures for worldwide (!) sales, which were (rightfully) not sufficient for the court in the absence of a concrete European reference for these figures. Also inadequate for proof were ten-year-old press articles which indicated use of the trademark.

In the past, the EUIPO and the Board of Appeal of the ECJ had already attributed a rather low evidentiary value to simple declarations by trademark owners or their employees, so that in the future, trademark owners would also have to bring out all the guns for sufficient proof of the serious use of a trademark in order to escape the loss of their IP assets.

What trademark owners should do now

The termination of the German-Swiss Agreement will probably only become truly relevant from May 31, 2027 onward, as its discontinuation will probably not apply retroactively, and owners of German or Swiss trademarks will still be able to rely on use in the respective neighboring country for the period prior to June 1, 2022. This is also the stance taken by the Swiss Federal Institute of Intellectual Property - the Swiss counterpart of the German Patent and Trademark Office (DPMA) - in its statement. Nonetheless, trademark owners should consider establishing the use of their trademark in the country of registration or submitting a new trademark application at an early stage if they have exclusively based their trademark use in the past on a use in the former contracting state. In order to avoid any difficulties of proof in the manner of Apple in future, i.e., oftentimes unpredictable cancellation proceedings, it is advisable to continuously and carefully document the use of a trademark. 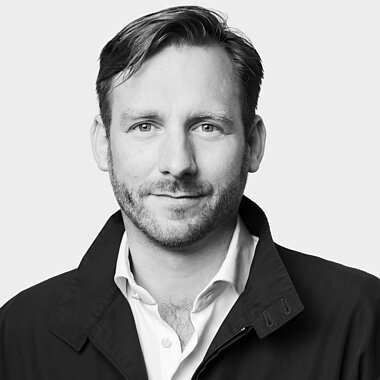