Cashless payments by smartphone are becoming more and more popular. The phase in which credit card payments have become commonplace in Germany has taken considerably longer than in other EU Member States such as the Scandinavian countries. Today, however, the young generation of smartphone users is well open to this option, as to payment with digital currencies. The EU in Brussels has now taken up this issue as well to make cashless payments safer in the future.

EU justice ministers intend to implement rules that will make payments by smartphones, credit cards, and digital currencies more secure. On March 9, 2018 in Brussels, they agreed on a joint position on a proposal by the EU Commission to take stronger action against fraud in cashless payments. Accordingly, responsibility for cross-border fraud will be clarified, and the definition of individual criminal offenses in the EU Member States will be harmonized in the future. “Fraud with credit cards and by online shopping is increasing dramatically,” said the Bulgarian Minister of Justice. Criminals must not be allowed to continue to exploit the loopholes of individual Member States. It will still take some time, however, before this proposal can be put into practice, because the European Parliament must first agree on a position before Parliament and the Council can jointly decide on the rules. 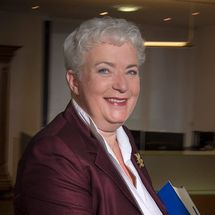