The music industry has largely succeeded in the digital transformation. With a rather traditional audience and content, it nevertheless remains an industry that has to reinvent itself again and again in a digital setting. The formula for success is therefore essentially (i) streaming, (ii) live entertainment, (iii) music publishing, (iv) merchandising, but also increasingly (v) strong commitments in promising, originally digital markets, despite the recent stable annual sales of $ 22 billion worldwide. For the music industry, these markets also include the field of Esport. Music and Esport already form a strong, revenue-generating synergy, but it is only just beginning. It has much greater economic potential, whether for artists, record labels, merchandising companies, event organizers, music publishers, through branded entertainment or also for brand manufacturers and financial investors, and thus as a kind of general, highly efficient scaling tool.

The Esports industry refers to what is known as "competitive video gaming". These are competitions, some of which are held worldwide on multiplayer online platforms, have team-based elements and now also include globally known titles such as League of Legends, Overwatch or Call of Duty. The competitions are played online with professional teams in professional leagues and are broadcast in large live events. They pay out prize money sometimes amounting to several million and incorporate live and virtual entertainment. This is a rapidly growing part of the also growing games industry. Esports recently generated worldwide annual revenues of around $ 1.1 billion. The games industry most recently generated global sales of around $ 175 billion.

What is the current relationship between the Esports and music industries?

The Esports industry is still relatively new and not yet established. What interests them about the music industry is the deep-rooted cultural heritage and credibility of music, as well as its now strongly established digital distribution channels. Riot Games, the publisher of League of Legends, was therefore quick to make music an integral part of Esports. Songs by artists such as the band Imagine Dragons and Chrissy Costanza have become almost iconic Esports anthems following their debut as the official theme song for the League of Legends World Championship. But new partnerships that Esports teams have forged with major record labels like Universal and Warner also already document a strong relationship between the industries. For example, Universal has launched an initiative with Danish organization Astralis to participate in the European professional League of Legends (LEC) competition. This partnership began with the debut of the song "To the Stars," sung by Danish artist Mattis. The official music video was then released on Astralis' YouTube channel. Warner Music decided to continue its collaboration with the LEC itself for the third consecutive year, featuring songs from its artists in a "Song of the Week" segment and providing music for use in the LEC and European Masters broadcasts. A number of musicians and producers have now even invested in Esports activities, from Justin Bieber's manager Scooter Brown (100 Thieves), singer and producer Post Malone (Envy Gaming) to the band Imagine Dragons (Riot Games).

The music industry is interested in Esports because of the potential access to a broad, digital audience. It sees additional streaming revenues and marketing platforms for its own artists. Here, a global and digitally affine community opens up access to further revenues for the music industry, which may no longer be achievable via the classic channels. Esports is an almost perfect platform, especially for any cross- or branded entertainment. It is the only entertainment area in which gaming, video, music and sports are routinely and almost always included in one session.

What synergies are created?

And so, with music and Esports, there is almost necessarily the confluence of similarly minded and interested Esports fans on one side and music consumers on the other. Music subscribers are more likely to watch Esports than average mobile gamers. Digital music services are simultaneously attractive platforms for Esports. Here, individual games or activities can be promoted, building further fan bases with loyalty among an even wider audience. And these synergies also apply to the promotion of live music and, if the corresponding brands fit in, also to its development, for example within the framework of branded entertainment.  Scaling on almost all levels makes the structured connection and marketing of music and Esports highly interesting and potentially highly profitable. A really powerful synergy. 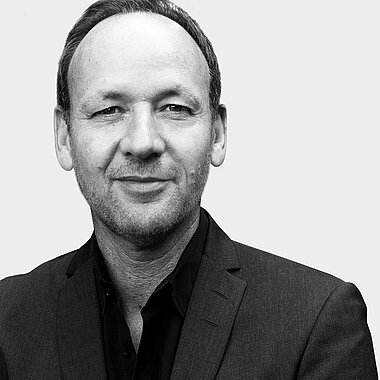 The Use of Video Surveillance Systems from a Data Protection Perspective