In a recent decision by the Federal Court of Justice (January 8, 2019 - II ZR 364/18), the court improved legal certainty for transactions in which a GmbH (German limited liability company) sells all of its assets to a third party. This applies, for example, to cases of selling of its sole piece of land by a special purpose GmbH.

Sections 179a, 179, 130 Stock Corporation Act (AktG) stipulate that the executive board of the stock corporation must obtain the notarized consent resolution by the general shareholders’ meeting for the sale of its entire assets. The absence of such a resolution initially leads to pending invalidity, and in the event of a final rejection of the consent by the general shareholders’ meeting, to final invalidity of the sale agreements.

For a long time, it had been disputed whether Section 179a Stock Corporation Act was to be applied analogously to a GmbH and whether the sale of the entire assets of a GmbH therefore required a corresponding notarized resolution. Often, such resolution was notarized for reasons of legal certainty.

The Federal Court of Justice has now clarified that such an analogy is inadmissible in relation to a GmbH. A consenting shareholders’ resolution was still required, which did not have to be notarized, however. In the absence of such consent resolution, the legal transaction is generally effective in relation to the buyer. There may be a violation by the general manager of the GmbH in the internal relationship, which may only lead to the invalidity of the contracts according to the principles of abuse of the power of representation; this would be the case, for example, if the buyer was or had to be aware of an abuse of the power of representation.

In practice, this means that in case of the sale of the only piece of land of a special purpose GmbH, a consenting shareholders’ resolution continues to be required. An appropriate resolution should be presented to the buyer prior to signing the purchase agreement.

The same applies in case of the sale of the entire company by an operationally active GmbH. This may, however, be associated with a violation of the purpose of the company and thus a breach of its articles of association, so that the resolution would also have to be notarized for such reasons.

The Federal Court of Justice decision has resulted in an improvement in legal certainty and in a noticeable reduction in transaction costs, as it has been made clear that the shareholder resolution does not have to be notarized, at least not under Section 179a Stock Corporation Act. Nevertheless, it is still necessary to examine the individual case as to whether notarization of the resolution may be necessary on other grounds. 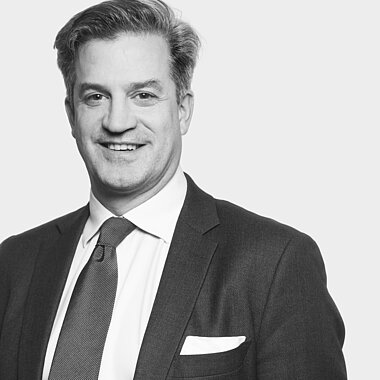