Be careful with gifts - AAA wins

Wealthy private individuals have two options: either they use and keep their assets until the inheritance, without allowing their descendants to share in them during their lifetime, or they follow the proverb "It is better to give with a warm hand than a cold one".

From a tax point of view, there are many arguments in favour of lifetime gifts and anticipated succession. For example, each parent has a gift tax allowance of EUR 400,000 per child every 10 years. In this way, substantial assets can already be transferred to the next generation during one's lifetime without incurring a substantial inheritance tax burden in relation to the entire estate upon inheritance. Although the tax-free allowances of EUR 400,000 per child and parent also apply to the inheritance, the inheritance tax assessment base is disproportionately higher without reduction by ways of lifetime transfers, not to mention the associated tax rate progression. In addition, the testator would have been deprived of the possibility to use the EUR 400,000 allowance several times already during his lifetime.

Nevertheless, even in the - otherwise very commendable – event of tax-optimised succession planning by ways of lifetime transfers, essential inheritance law aspects must not be completely disregarded. Before making any gift during one's lifetime, the transferor should therefore remember the AAA points: Ausgleichung (equalization), Anrechnung (offsetting), Auflösende Bedingung (resolutory condition).

The equalisation according to §§ 2050 BGB concerns the cases of legal succession, i.e. the cases of inheritance in which the testator did not leave a testamentary disposition (will or contract of inheritance), thus still the clear majority of all cases of inheritance. For these cases, the law regulates a compensation obligation for the descendants who received an "endowment" from the testator during his or her lifetime, unless the testator ordered otherwise at the time of the bequest. An "endowment" is considered to be all gifts due to marriage or the "attainment of an independent position in life", i.e. the establishment of a household of one's own. In practice, this means that this benefit must be taken into account in the distribution of the estate on the part of the recipient, quasi as an "advance".

The situation is exactly the opposite for all other gifts; these are only to be taken into account in the distribution if the testator has so instructed at the time of the gift. Without a corresponding order, there is also no compensation obligation on the part of the recipient. A subsequent order by the testator is not sufficient. The legislator justifies this by stating that the recipient of the gift must know in good time whether the acceptance of the gift will affect his or her legal position vis-à-vis the other legal heirs upon the occurrence of the succession.

In contrast, the crediting according to § 2315 of the Civil Code applies to cases in which the statutory succession does not apply, but the beneficiaries of the compulsory portion are excluded from the succession due to the testator's testamentary disposition. If a beneficiary of the compulsory portion thereupon claims his compulsory portion, he must only have a previous lifetime gift taken into account if the testator expressly stipulated that it is taken into account when making the gift. On the other hand, compensation is also possible by law.

In practice, such a provision will be extremely rare. The parties involved are often unaware that the crediting of the allowance must be ordered. On the contrary, parents and children often assume that the crediting takes place in any case by operation of law, because this also corresponds to a general sense of justice. Nevertheless, there is a gap between the perception of justice and the legal situation.

Offsetting and equalisation also differ from each other in that equalisation is only possible among descendants. In contrast, the circle of those entitled to a compulsory portion also extends to spouses and parents (insofar as there are no descendants).

In addition to equalisation and imputation, a donor should also think about a resolutory condition when making the gift. This means that when this condition occurs, the effect of the gift ends and the legal situation before the gift is restored. In practice, this is particularly significant in cases where the donee dies before the donor, becomes insolvent or decides on a lifestyle that contradicts the general conditions at the time of the gift. For this reason, notarial property transfer agreements between parents and children usually contain rights of revocation in favour of the donors in the event that the donee becomes addicted to drugs or alcohol, for example, or joins a party or organisation monitored by the Office for the Protection of the Constitution. Since immediately executed gifts (e.g. cash) are also effective without a notarial form, such dissolving conditions should be the absolute exception. Nevertheless, a gift with a condition subsequent is strongly recommended in order to avoid unpleasant developments on the part of the donee and to avoid undermining the motivation of the donor.

The overall rule is that a gift should never be made without prior advice. 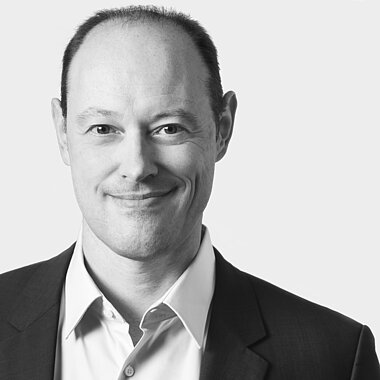 Substantial Increase in Inheritance and Gift Tax on Real Estate