Transaction practice: “But that’s the market standard, isn’t it?”

Undoubtedly, there are certain market standards in M&A transaction practice. Even if details can be vigorously debated, no one will deny that, for example, the agreement of certain seller obligations between signing and closing, the arrangement of individual liability privileges in favor of the seller, or the imposition of a post-contractual non-compete clause on a strategic seller per se are considered to be the “standard.” Under certain circumstances, however, parties that want to impose a certain content in provisions by referring to market standards may find themselves on somewhat thinner ice.

On the one hand, it is frequently questionable whether “the” market standard really exists in individual cases. Investigations by M&A advisors and law firms, but also own experiences, oftentimes paint a far more nuanced picture of the use of supposedly typical clauses than the other party wants to make believe. And even if a recognized standard actually exists, there are often good reasons to deviate from it in individual cases.

For example, do buyers consider it worth fighting for the classic two-year post-contractual non-compete clause requested by the seller if one year is already considered an eternity in the target company’s industry due to rapid development cycles? Or is the long statute of limitations of the buyer’s tax claims against the seller that are typically linked to the binding effect of tax assessments actually required if the target company’s tax circumstances are simple and transparent and, additionally, current tax audit results are available? Perhaps buyers generously want to deviate from the “standard” in these two provisions and instead accept a de minimis provision for claims for damages against sellers, but reject seller demands for an additional basket that is “standard in the market” (perhaps even with an allowance)?

Nowadays, the structure and control of corporate acquisition contracts follow certain market standards. When it comes to the content of contractual provisions, however, the reference to market standards frequently falls short and obscures the view of the particularities of the individual case. 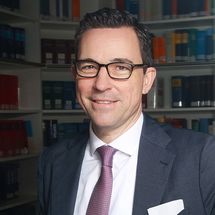 “Acquihires” – Can acquihires provide a way out of the crisis? - Acquihires are a trend from the US start-up and venture capital scene, which…

SME financing in the “corona crisis” -

Update briefing “KfW Quick Loan 2020” and consequences for the transaction…