Title protection: Are TV report and non-fiction book the same?*)

In a world full of films, books and computer games, the consumer often first notices the title of the respective work. The title catches the customer's attention and makes him curious. Whether catchy, provocative or boring, in all cases the title of a work influences the purchase decision. Consequently, a distinctive title offers several advantages. Once you have found a good title, it should remain unique. Otherwise, works with the same name could lead to unpleasant confusion among consumers. To prevent this from happening, German trademark law provides title protection.

The protection of a title arises solely through its use without any necessary registration. The more distinctive the title, the broader its protection. Purely descriptive titles, on the other hand, do not enjoy protection.

The right in the title protects the owner against the risk of confusion, i.e. against confusable subsequent use of the title by others. It appears to be simple is not always that easy. Not every title with the same or confusingly similar name constitutes an infringement. Among other things, there needs to be a certain proximity of the works that have been given the same title.

In particular, in its decision from 11.01.2022 (Case No. 6 W 102/21) the Higher Regional Court (OLG) of Frankfurt am Main ruled that there was no likelihood of confusion between the title "Nie wieder keine Ahnung!" (“Never again without any idea!”) for a series of a television program and the same title for a non-fiction book. The court reasoned that there was no sufficient similarity between the works. The relevant public, in this case the consumers, does not associate the television program and the non-fiction book with the same titles in such a way that they perceive one as the continued part of the other. In other words, television programmes and non-fiction books are essentially different works so that the public does not consider one work to be the other. The fact that both the series of television program and the book dealt with questions of general knowledge and consumers are quite used to books being published as to accompany television series have not altered the findings. Specifically, the judges argued that no reference to the television series could be inferred from the book. Furthermore, the book was written by other authors who were also well-known on television and the book contains a broader range of topics.

The decision is correct and comprehensible. The Federal Supreme Court had already put a stop to an excessive extension of title protection on several occasions by assuming no likelihood of confusion in the case of different types of works despite the identity of the title.

The court itself suggests that a different result could have been reached in the present constellation. Consumers are indeed accustomed to the fact that there are books accompanying television series. There are countless examples on the market. However, in this case the peculiarity was that the “prior” title was not a title of a program, but only a "section" within a TV program. For the OLG Frankfurt as well as for the first instance, LG Frankfurt, this was quite too far apart.

Finally, the decision illustrates the already mentioned importance of a distinctive title. In addition to all the arguments mentioned above, the judges based their findings mainly on the fact that the title "Nie wieder keine Ahnung" lacked originality. The title was found being rather descriptive, so that the public, when comparing the works, would not conclude that they were two forms of one work. Accordingly, the choice of title should not only be considered for marketing reasons. It is possible that the Higher Regional Court of Frankfurt am Main would have come to a different conclusion if the producers of the television contributions had chosen an (even) more distinctive title for their knowledge show.

*) SKW Schwarz was involved in the proceedings for the book publisher concerned. 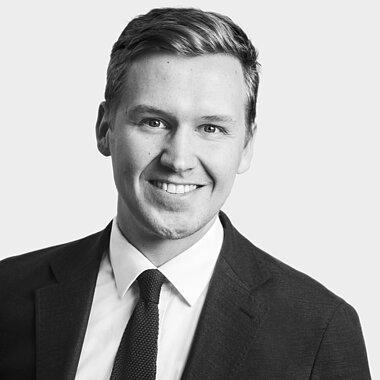 The Unitary Patent System and the Unified Patent Court (UPC)