Media and journalists want to and are supposed to reveal and clarify, not just report proven facts. Therefore, reports on accusations, suspicions, criminal investigations or proceedings are regularly debated publically – and in court - as recently in case of Luke Mockridge, Christoph Metzelder, Julian Reichelt or Jerome Boateng. Because journalists may report on things that later turn out to be false, the requirements for such reports on suspicions naming suspects are quite high.

Presumption of innocence above all else?

However, German regional courts recently show a tendency to impose even stricter requirements and to prohibit reports on suspicions naming suspects in case of criminal investigations. In doing so, the courts often focus on the presumption of innocence in favour of the suspect, but fail to give comparable weight to the public interest in the reporting. The Munich Regional Court, for example, prohibited a report naming a Wirecard managing director who had largely confessed as a state witness and was responsible for around one third of the group's sales, a large part of which came from transactions with third-party partners. A decision the Munich Higher Regional Court subsequently corrected.

What does the Federal Court of Justice (BGH) say?

The highest German civil court, the Federal Court of Justice (BGH), however, does not seem to agree with such stricter requirements for reports on suspicions at the stage of criminal investigations. Within two new decisions, it also refers to the presumption of innocence and the danger that "something will stick" even in the case of a later acquittal. However, the BGH continues to state the already known requirements for publication of reports on suspicions naming suspects at the stage of criminal investigations as follows:

It is precisely these strict conditions that are supposed to minimise any harm to the person concerned and to take into account the presumption of innocence – at least one can read into these decisions. If they are complied with, reporting by name is permissible if there is an overriding public interest.

However, the two most recent decisions of the Federal Court of Justice contain detailed new specifications on to what extent the person concerned must be given the opportunity for comment before publication:

The first decision of 16 November 2021 (Case No. VI ZR 1241/20) concerns a report on the VW diesel scandal, which reported that a high-ranking ex-VW manager was now in pre-trial detention. The BGH considered this unlawful because a statement of the suspect was not obtained. The court did not consider it a valid argument, that the suspect could not be contacted in custody and that only a general denial of accusations was to be expected. On the one hand, contact could have been sought through legal representatives or the family. On the other hand, a general denial, which was finally reproduced in the article, was also suitable to counter possible prejudgment.

In its decision of 22 February 2022 (Case No. VI ZR 1175/20), the Federal Court of Justice also addresses the opportunity for comment. A report on criminal fraud proceedings against a celebrity was in dispute. With regard thereto the BGH states: If a person concerned responds to the request to comment with a comprehensible request for an extension of the deadline, the media cannot simply ignore this and state that the person concerned did not respond to the media’s request. Rather, such a request for an extension of deadline must be answered, e.g. with an alternative deadline or an explanation of the necessity for a short-term statement.

The requirements for reports on suspicions, which were recently reaffirmed by the Federal Court of Justice, provide guidelines for media and journalists as to when and how they are allowed to report on suspected criminal offences and other allegations. However, based on these principles, an assessment must take place in each individual case and conflicting interests - the public interest in information and the interests of the person concerned - must be weight against each other. We will be happy to assist you in this process with professional advice. 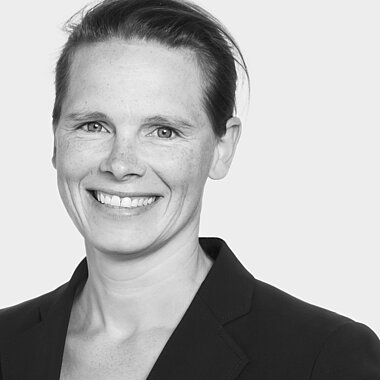