The Court of Justice of the European Union (General Court) has annulled the EUR 1.132 million antitrust fine imposed by the EU Commission on now insolvent fish and shrimp trader Stührk (July 13, 2018, Case T-58/14). The decision reached by Stührk with the support of SKW Schwarz Rechtsanwälte could have consequences for the future setting of antitrust fines in other cases as well.

In November 2013, the EU Commission had imposed a fine on four companies that amounted to a total of almost EUR 29 million. The Commission found that the companies had agreed purchase and sales prices and exchanged sensitive commercial information on the market for North Sea shrimp in Belgium, Germany, France, and the Netherlands for almost nine years. Stührk appealed the Commission’s decision in January 2014, but had to file for insolvency in May 2016 following an unsuccessful ITP (“inability to pay”) motion.

In its complaint, Stührk objected, among other things, to the lawfulness of the EU Commission’s Guidelines on the method of setting fines in antitrust cases and to violations of the principle of equal treatment in assessing the fine. According to the Commission’s calculation method, all cartel members were fined at well over 10% of total annual group revenue, which represents the fine’s upper limit under the law. The fines were therefore capped accordingly and the highest possible fine was imposed on all parties. In setting the fine, the Commission considered the severity of the antitrust infringement to be in the medium range, however. Despite the only moderately serious infringement, the highest possible legal fine had thus been imposed on all cartel members.

The EU Commission thereby made use of point 37 of the Guidelines on the method of setting fines according to which it may depart from the general methodology of setting the fine where “the particularities of a given case” may justify this. In the Commission’s view, the particularities of the case consisted in the fact that all cartel members were mainly operating on one market (mono-product companies) and had participated in the cartel for a relatively long period. As a consequence, the EU Commission reduced the fines by 70% to 80% with the reduction granted to Stührk being the lowest. The Commission generally justified the level of percentage reductions for each company on the basis of the products affected by the antitrust infringement, the different levels of participation in the cartel, and the need for a deterrent fine.

In its judgment, the General Court first clarified once again that the Guidelines on the method of setting fines, which allow the EU Commission to set interim amounts exceeding the 10% limit, do not infringe European law. The Federal Court of Justice ruling to the contrary (“Grauzement”) relating to German antitrust law was irrelevant. In applying point 37 of the Guidelines, however, the Commission had disregarded the principle of equal treatment and had infringed its legal duty to state grounds.

The General Court already rejected the Commission’s presumption that there had been “particularities” within the meaning of the Guidelines that justified departing from the usual method of setting fines. The Court also expressed doubts as to how the criteria used by the Commission should be understood, which is why the Court was not in a position to make a final assessment as to whether the principle of equal treatment had been respected.

In addition, the grounds given for an act of law was an essential formal requirement. The Commission was obligated to clearly and unequivocally inform the party on what considerations the act of law was based. This applies all the more when departing from the methodology of the Guidelines on the method of setting fines by which it had bound its own discretion.

“The judgement could have effects that are not insignificant on the EU Commission’s future practice of setting fines and the application of the Guidelines,” said Dr. Jürgen Sparr, Partner at SKW Schwarz in Hamburg, who obtained the judgement for Stührk together with Dr. Philipp Asbach. “The EU Commission is expected to make even less use of this instrument in the future due to the General Court’s strict provisions regarding the EU Commission’s duty to state grounds for the adjustment of the fine in accordance with point 37 of the Guidelines. As a result, fines at the 10% limit will likely continue to be imposed even for only moderate violations in certain circumstances in the future.” 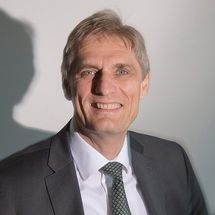 Handelsblatt “Germany's Best Lawyers 2021”: Two awards and over 50 lawyer recommendations for SKW Schwarz - A total of 53 SKW Schwarz lawyers in 20 practice areas can count themselves…