Reform of Youth Protection Regulation in Germany: Online-Platforms in Focus

It has been quiet for a while around the reform of youth protection regulation in Germany, possibly due to heavy criticism from the industry. However on October, 14 the government has initiated the reform process. It clearly focuses on new obligations for online platforms, in particular games & video platforms. The reform law intends to introduce a broad international scope of application, “preventive measures” to be introduced by platforms as well as new age labeling obligations.

The German government has initiated the formal reform process regarding the regulatory framework of protection of young persons in Germany on October, 14 with the aim to have this law effective during the first or second quarter of 2021. To give some background: Germany has currently an Interstate Treaty on the Protection of Minors in the Media (Jugendmedienschutz-Staatsvertrag), which mainly defines youth protection standards for broadcasting and tele media services.In addition,there is the German Protection of Young Persons Act (Jugendschutzgesetz), a federal law, which inter alia includes protection of young person in carrier media and also covers the brackets for age labelling (mainly “offline protection”). Besides critical substantive law aspects, which will be discussed below, the reform law aims to break with the mentioned segmentation of the rules and also aims at responding on new interaction and communication risks due to online chats, user generated content as well as cyber mobbing. Some changes are also based on the Directive EU 2018/1808 regarding audiovisual media services.

On the one hand the reform law expands the scope of application of the federal law to online service providers; broadcasting is still not covered. On the other hand, a critical aspect is the intended application to service providers outside the EU, and on top of that the reasoning of the law makes some ambiguous references to exceptions from the country of origin principle in the EU e-commerce sphere. Besides the fact that this would raise practical issues, this aspect will also certainly be controversially discussed during the now starting legislative process.

The reform law introduces the obligation for service providers to install appropriate “preventive measures”. Such “preventive measures” can be for example a complaint and “notice-and-take-down” procedure, notification functions for user-generated content, rating systems for users (e.g. to assess the content as "from 18 years"), technical means for age verification or easily found information to advice, assistance and reporting facilities. The obligation, however, will most likely only apply to content host providers.

Besides the introduction of “illustrative symbols”, the law also stipulates a new labeling obligation for film and games platforms, i.e. services providers have to rate the content on their own. Currently they are merely obligated to display existing ratings. The obligation will only expand to platforms that offer own content, i.e. basically to video-on-demand platforms, but also app and online games stores.

The reform also introduces the obligation to designate a person authorized to receive services in Germany. Such provision is already known from other regulation affecting social media providers (see, sec. 5 of the Network Enforcement Act).

Outlook and next steps

Now the law has to pass the legislative process. It is expected to become effective the first or second quarter of 2021. However, it is yet not entirely clear if the reform law comes into force without any changes. Important and mayor association have already criticized many aspects of the law. We are happy to inform you about the ongoing legislative process. Please also contact us for an assessment regarding potential application of the new obligations to your services.

In the following please find the press release form the ‘Federal Ministry for Family Affairs, Senior Citizens, Women and Youth’ (only in German): https://www.bmfsfj.de/bmfsfj/aktuelles/presse/pressemitteilungen/kabinett-beschliesst-neues-jugendschutzgesetz/161194 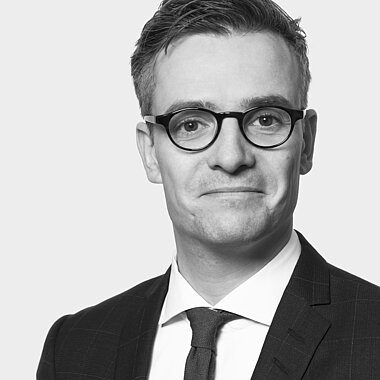