Influencer marketing and its conformity with competition law have been of concern to the judiciary for some time and have led to a wide variety of decisions. The draft bill of the Federal Ministry of Justice and Consumer Protection is intended to bring clarity in this respect, but has already been the subject of controversial discussions before the law was enacted and has now also been criticized by the Cologne Higher Regional Court in a recent decision (Case No. 6 U 103/20).

The influencer Diana zur Löwen (almost 1 million followers on Instagram) was warned by the German Association of Social Competition (Verband Sozialer Wettbewerb e.V.) in 2018 and issued a cease-and-desist declaration with a penalty clause regarding commercial postings without advertising labeling. In February 2019, she was warned again in this regard for violations of this cease-and-desist declaration. The influencer defended herself against this in the present legal dispute, in which she invoked, among other things, her editorial freedom under Art. 5 GG.

The Cologne Higher Regional Court ruled in the influencer's appeal proceedings on 19.02.21 that even statements or postings by an influencer that are of an editorial or informative nature do not preclude an assessment as a business act within the meaning of the UWG if they are indirectly financed by advertising. This also and especially applies to influencers with many followers whose profile appearance is intended to convey an impression of authenticity. In this respect, according to the Cologne Higher Regional Court, a commercial intention is to be assumed in the posting if the communication is influenced by a direct payment or other, even low-value consideration.

The Cologne Higher Regional Court emphasizes the typical competitive risk situation arising from a private appearance on the one hand and communication elements influenced by third-party interests on the other. It opposes the Munich Higher Regional Court, which denied a commercial act due to the editorial content of posts in the case of Cathy Hummels (judgment of June 25, 2020 - 29 U 2333/19, see https://www.skwschwarz.de/en/details/cathy-hummels) with comparison to fashion magazines. The Cologne Higher Regional Court sees the mixing of editorial and commercial content precisely as the basic constellation of the elements of the offense under unfair competition law and not as an exclusion relationship to it. The concrete design of the post decides, according to the requirement of separation of advertising and editorial content, on the predominance of the respective interest. Especially in the case of influencers who do not only pursue purely commercial interests, labeling is of considerable importance. The Cologne Higher Regional Court does not consider the mere number of followers as a presumption that the consumer accepts the commercial purpose of the channel.

The court takes the view that a product presentation in the post that promotes corporate interests constitutes a business act that requires labeling, even without an explicit intention to promote third parties. In this respect, the influencer´s own business interests with regard to future cooperation with companies would also be promoted in any case.

With regard to the circumstantial evidence that creates a presumption of commercial intent of a post, there continues to be disagreement even among the courts. In the present proceedings, the defendant brought the draft bill of the new “Influencer Act” into play with regard to the burden of presentation and proof regarding commercial interest. Although this is not yet applicable law, i.e. it is not relevant to the decision in the present case, the court took a clear position on the content of the planned “Influencer Act”:

The new version of the previous Section 5a (6) UWG is to contain the following passage in Section 5a (4) sentence 2 UWG n.F. “In the case of an act exclusively for the benefit of another's enterprise, a commercial purpose is only to be assumed if the person acting receives remuneration or a similar consideration for the act from the other's enterprise.” The court expressed doubts as to the conformity of the regulation with the directive. The relevant EU provision of Art. 7(2) of Directive 2005/29/EC already assumes misleading conduct if the party making the statement "fails to identify the commercial intent of the commercial practice if not already apparent from the context ". In this respect, the focus is not exclusively on the payment of a direct consideration and the accusation of commercial intent can also be inferred from other circumstances. In this respect, the draft bill falls short of the requirements of the directive in the view of the court. 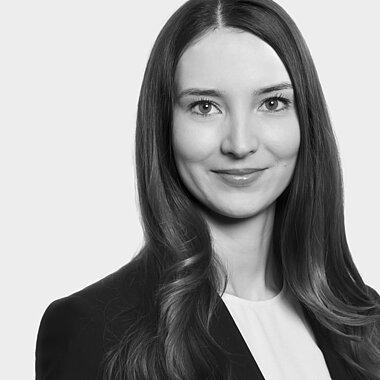