Neighboring rights: Is the neighbor's construction crane allowed to swing over my property?

Despite the corona pandemic, statistics predict an increase in construction investment of around 2% for Germany in 2021.1 The fact that the construction industry is growing, or at least remaining stable, is confirmed not least by the sight of the construction cranes that characterize the image of many German cities.

Do a neighbor’s construction cranes have to be tolerated?

However, especially in large cities and other densely populated areas, these cranes hardly have the opportunity to simply swing around on the building site in order to bring building materials to the construction site and must, out of necessity, also use neighbors' properties as a swing area for this purpose. In this case, the question arises for the neighboring property owner: Do I have to accept it if my neighbor's crane swings over my property? The question becomes particularly interesting if the neighbor concerned does not really agree with the construction project next door.

First of all, the lawyer's response, unpopular with the client but common, applies: It depends.

In principle, the so-called ”hammering and laddering right” applies to the overturning of a neighboring property, which is explicitly regulated in some neighboring laws of the federal states, for example in § 17 Neighboring Act Berlin, Art. 46b of the Bavarian Act on the Implementation of the Civil Code or § 28 Hessian Neighboring Rights Act. In the federal states without explicit regulations (Bremen, Hamburg, Mecklenburg-Western Pomerania), principles on the right to hammer and ladder traditionally result from the legal concept of the neighborly community relationship.

The hammering and laddering right

The ancient term “hammering and laddering rights” once literally meant the right to set up a ladder and swing a hammer on a neighbor's property. Today, this is generally understood to mean the right of a property owner to enter and use the neighboring property to a certain extent in order to carry out construction, repair and maintenance work from there with regard to structural facilities on his own property, which could otherwise not be carried out or only at disproportionate expense and which, on the other hand, affect the neighbor only temporarily and slightly. The right of use also includes the right to erect scaffolding and equipment on or above the neighboring property and to bring the building materials required for the work across the neighboring property. This therefore also includes the swinging of the crane erected on the building site into the airspace of the neighbor, which the latter controls alone in principle (except for the flight altitude of aircraft) in accordance with Section 905 of the German Civil Code (BGB). However, case law has now ruled in several cases that the property owner regularly has no interest worth protecting in the integrity of the airspace above his property that is intersected by a crane boom at a certain height - insofar as the crane swings without a load or only with its rear counterweight.

However, the prerequisite for this encroachment, and thus also for the overturning, is among other things that this is actually necessary for the construction work, i.e. that the construction work cannot be carried out in any other way without encroaching on the neighboring property. The neighbor may also have to be compensated. In principle, therefore, the following applies: Yes, I must tolerate the use if this is necessary. But:

An important prerequisite for exercising this right, which is unknown to many property owners, is timely notification by the builder to the neighbor. This is also regulated in the neighboring laws of the federal states and must be made (depending on the federal state) one to two months in advance, so that the neighbor who is called upon has sufficient time to adjust to the planned work and at the same time has the opportunity to check whether he is obliged to tolerate the use of his property for overturning. However, a mere informal note that, for example, a crane will be erected in approximately two months, without the scope of the overturning and the duration being clearly defined, is not sufficient for the notification. Rather, according to Supreme Court rulings, it is necessary both to state the start of the work by day and time and to outline the anticipated scope of the work as precisely as possible, i.e. to describe the measure in concrete terms (cf. BGH, ruling dated December 14, 2012, V ZR 49/12). The notification should therefore contain the installation and dismantling dates, the expected operating times of the crane, the installation location­and the approximate radius in which the neighboring property is to be swung over.

Can the neighbor object?

If the neighbor does not agree with the overturning of his property, he must also object specifically. Silence on the notification is not sufficient here. If the neighbor objects to the use of the land, the builder must take legal action against him and may not simply use the neighbor's land without permission. However, he can claim the costs of the delay in construction against the neighbor if the refusal was made without sufficient reason.

Furthermore, it should be noted that swinging over the neighbor's property under load (i.e. with building materials or equipment on the hook) is generally inadmissible, as this can cause both concern and danger for the neighbor that material could fall from the crane. The neighbor does not have to accept this (cf. OLG Düsseldorf, ruling dated February 26, 2007, 9 W 105/06).

Are there any exceptions?

There are also special cases: For example, the neighbor may have a special interest in the airspace above his property, which also makes overturning without a load inadmissible. This is often the case with land and buildings on which particularly sensitive installations or facilities are located, such as prisons, industrial plants or energy generation plants. It is precisely here that timely clarification and, if necessary, legal advice should be obtained. 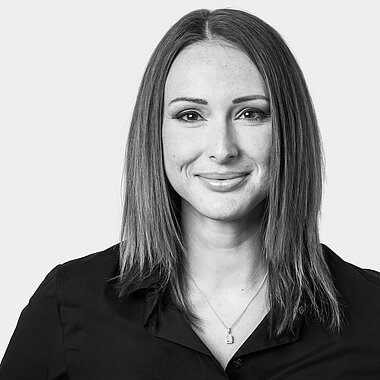