MDR successful with SKW Schwarz in front of the Saxon Higher Administrative Court: television station may delete Facebook comments in case of violation of netiquette

Mitteldeutscher Rundfunk (MDR) is allowed to delete comments that violate the station's netiquette from its Facebook page. This was confirmed by the Saxon Higher Administrative Court (OVG) in a ruling dated September 16, 2020 (5 A 35/20) and rejected the appeal of a Facebook user who had filed a complaint against the deletion of his comments by MDR. SKW Schwarz lawyers Dr. Martin Diesbach (Partner) and Wenzel Steinmetz (Associate) successfully represented MDR in the proceedings.

The facts and the decision of the Administrative Court Leipzig

The plaintiff had demanded that the courts find that MDR had unlawfully deleted his comments on the channel's Facebook page. MDR, on the other hand, referred to its "rules for making a comment" and the associated reservation that comments be deleted if this netiquette is violated.

The Administrative Court Leipzig (1 K 1642/18) decided in first instance, the MDR had intervened by deletion of the comments into the liberty of opinion of the plaintiff. This interference is however covered by the virtual house right of the transmitter. The discussion, which results from the user comments, is editorially accompanied by the MDR editors, which shows that the offer is not an online platform placed to the public at the free disposal, for whose contents the transmitter does not take over any responsibility, but a broadcast offer. Within the framework of its virtual householder's rights, the broadcaster is allowed to base the deletion of comments on its netiquette, which formulates rules of conduct in a permissible manner.

Against the dismissal of the complaint the plaintiff inserted appeal with the argument, the netiquette of the MDR is illegal and - because it does not permit foreign-language contributions – covertly discriminating.

The decision of the Saxon Higher Administrative Court

The Saxon Higher Administrative Court did not follow this. In view of the journalistic-editorial intention, the deletion of comments was to be assigned to the area of program freedom, which is protected by the broadcasting freedom of the MDR. The netiquette of the MDR concretizes the requirements resulting from the Interstate Broadcasting Treaty for the creation of a commentary. Accordingly, only factual comments are published on the Facebook page. The question of whether comments in foreign languages are published or not is not relevant here, because the plaintiff's comment in question was written in German.

The Saxon Higher Administrative Court also affirmed an interference with the plaintiff's freedom of opinion. However, just like the Administrative Court, it found that the MDR was acting lawfully if it only allowed the possibility of commenting on its Facebook page within the framework of the rules of use set out in the Netiquette. According to the court, constructive criticism is desired; non-topic-related comments, however, are undesirable and thus no longer covered by the scope of protection of freedom of opinion.

"The verdict - the first of its kind in the second instance - once again confirms that state broadcasters as operators of moderated Facebook pages do not have to tolerate irrelevant or dubious comments," explains Martin Diesbach. "The courts draw the line at freedom of opinion where comments are no longer recognizably related in content to the discussions on the online platform. The operators may remove these comments with reference to their netiquette".

The appeal to the Federal Administrative Court was allowed. 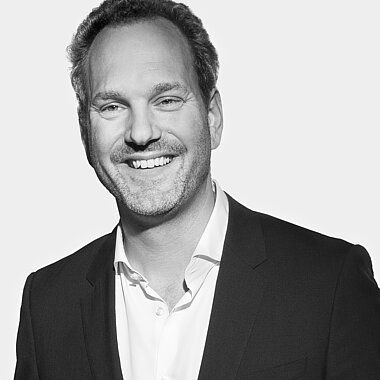