How to fight copied sweets

More than 37,000 visitors from the trade met last year with more than 1,500 exhibitors at the ISM. Long-standing business relationships were maintained, very promising contacts made and inspirations collected. But not all discoveries were positive, as not all competitors rely on fair competition. And the corrupt gain as is well known through counterfeiting. We have already outlined in our last year's newsletter how these plagiarists must be confronted at exhibitions. There we had suggested the preliminary injunction as an effective means for combatting plagiarists at exhibitions.

But the plagiarists are also learning. Increasingly, one now comes across foreign imitators, who place great value on wanting to exhibit in Germany at an exhibition, however, claiming that they would have no interest in the German market itself. If the plagiarists act cleverly, then in the worst case solely the presentation of the goods can be documented. Is this enough for a successful proceeding against such an action, however? We provide an answer to this question:

Deception of the end consumer?

It may surprise some, but whoever exhibits counterfeit products at an exhibition in Germany accessible only to a specialist audience, in the view of different German judges does not necessarily also offer these products on the German market. The manufacturer of the Mikado-Keksstangen (cookie bars) had to find this out painfully at the end of last year.1

One plagiarist based in Turkey maintained a booth at the “ISM” It exhibited cookie bars there, which were nearly identical to the well known Mikado cookie bars, but packaged differently and labelled with the word mark “Biscolata”. The manufacturer of the originals, however, could only substantiate the presentation of the cookie bars in the package. The manufacturer had no provable knowledge, however, that the plagiarist is also aiming at the German market with its goods. The plagiarist, on the contrary, defended itself that it had never intended to distribute the products in Germany and had aimed solely at the international specialist audience in attendance with its presentation. Germany’s highest judges therefore denied both offering as well as advertising, distribution or other placing on the market of the goods with respect to domestic consumers, since a corresponding intention could not necessarily be deduced solely from the presentation.

Deception of the specialist groups?

Whoever exhibits a counterfeit product at a specialist exhibition, advertises this, however, at least regularly to the international specialist audience attending the exhibition. This constitutes a domestic use of the objectionable trademark or product form,2 whereby an infringement and thus an injunctive relief is as a rule given to the benefit of the manufacturer of the original products. This claim does not concern the offering, distribution, or placing on the market, but especially in the confectionery business it may be easy to get over, if indeed not the “offering” but the compulsory upstream advertising is prohibited to a plagiarist.

This conclusion has an important snag, however. The criterion for likelihood of confusion or deception is not the general public, but rather solely the expert exhibition visitor. And the latter cannot be as easily deceived as an end consumer. It follows from this that the requirements of the existence of injury are noticeably higher. But this is precisely where the above-outlined cookie bar case failed. The Federal Court of Justice accepted an advertising in respect to the specialist audience, however, that this group was not deemed to make a misconception due to the different packaging.3

How close success and failure are to each other can be learned as well from another case named the “Tuppex” decision.

The plagiarist also based in Turkey maintained a booth at the international Frankfurt specialist exhibition “Ambiente”. There it exhibited household containers under the mark “tuppex”. Also, the manufacturer of the “TUPPER” household containers could present – as previously DeBeukelaer – no direct proof that the plagiarist aims at the German market with its trademarks. It was able, however, to submit on behalf of a preliminary injunction an English language catalogue on display at the booth as well as the self-presentation of the exhibition organizer, from which it results that the goods of the "Ambiente” are also offered for purchase to the specialist audience.

These indications were enough for Frankfurt Higher Regional Court to accept that with the advertisement an invitation is made at the same time to purchase the products in Germany. The Higher Regional Court accepted both a violation through "Advertising” as well as through “offering”. The manufacturer won. 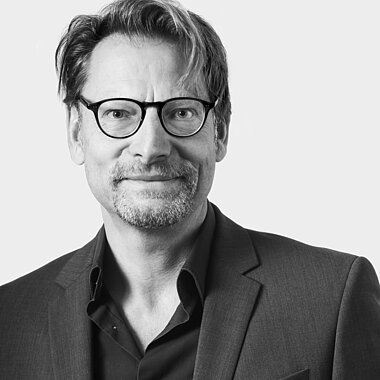