"Incomplete, contradictory, incomprehensible": In a recent decision, the Federal Patent Court (BPatG) took the German Patent and Trademark Office (DPMA) to task with rather unflattering wordings. The reason for this was the trademark application "Kloster Scheyern", which the DPMA had initially rejected. This particularly drastic case shows that some of the DPMA's reasons do not stand up to judicial scrutiny.

The trademark “Kloster Scheyern” had been applied for beers. The DPMA refused registration, arguing that the trademark lacked distinctive character. Monasteries were known for their breweries and Scheyern was the name of the Bavarian village in which the applicant produces its beers. It was possible that a second monastery would be founded in Scheyern and also start brewing beer. For this case, the name “Kloster Scheyern” should not be monopolized for beers.

The trademark applicant disagreed and argued that there was a shortage of skilled potential monastery brewers, both with regard to the low number of employees in the locality and the lack of junior clerics in general. The foundation of a competing monastery was not to be expected according to “reality-based prognosis”.

The DPMA nevertheless decided that the applied sign was a factual indication without any indication of origin. Previous decisions of the ECJ, such as the well-known Chiemsee decision, were outdated and not relevant to the case at hand. In this respect, it does not bode well for the extent of the examiner's examination of the case law if a note “Chiemsee possibly to be looked up”, probably left there by mistake,  is found in the reasoning, which the BPatG cites with relish.

In the appeal before the BPatG, the applicant now accused the DPMA of failing to comply with its duty to state reasons and that the decision was so flawed that it crossed the line into arbitrariness. This view was essentially shared by the Federal Patent Court. The statement of reasons consisted “predominantly of text modules” which were “repeated incoherently”. Some of the text modules even had nothing to do with the application procedure. Thus, the DPMA had not only put together the statement of grounds from text modules, but also from the wrong ones. Consequently, the BPatG annulled the decision and referred the case back to the DPMA for re-examination.

On the question of the possibility for registration of "Kloster Scheyern", the BPatG referred to its earlier decisions “Kloster Wettenhausen” and “Kloster Beuerberger Naturkraft”. Accordingly, it was a prerequisite that the locailtity was neither a well-known place name nor that there were indications of a need to keep the designation available (i.e. for a future competing monastery).

Even if such a superficial treatment of applications at the DPMA is certainly not the rule, the use of text modules with brief explanations may seem familiar to some unsuccessful applicants. Here, it may be worthwhile to remain persistent and, if necessary, to appeal to the Federal Patent Court. 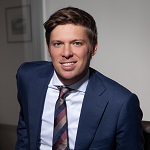 Do we need to rethink sponsoring and brand safety in Esports? - Differences and best practices compared to classic sports sponsoring.

Chambers Europe 2021: TOP ranking for SKW Schwarz in the category Media - SKW Schwarz is awarded by the British specialist publisher Chambers and Partners…