The acknowledgement of the non-profit status of sport clubs seems to be one of the most intense discussions around Esport. In the coalition agreement between the German government parties of CDU/CSU and SPD, it was announced that “the” Esport would be recognised “completely” as a category of sport in club and association law in future. Now the CDU/CSU parliamentary group has published a position paper which contains a restriction at a decisive point.

Why is non-profit status so important?

The recognition of non-profit status is regulated by the German Tax Code (AO). According to this, non-profit status presupposes that the activity of the respective corporation is geared towards selflessly pursuing such purposes that are of a material, spiritual or moral nature. The promotion of “sport”, which includes chess, is explicitly included in the list. The recognition in this respect is of great economic importance for clubs, as it is accompanied by a large number of tax-privileged advantages, such as tax exemption within the scope of corporation and trade tax. The background to this tax relief is the promotion of such associations that are committed to the common good.

State of the discussion

According to the current situation, whether Esport clubs are recognised as non-profit organisations depends to a large extent on the individual case, whereby the design of the statutes of the respective club is relevant to the decision particularly. Already on February 20, 2019, an expert hearing took place in the German parliament in this context, which made the conflicting opinions clear. According to the expert hearing Esport does not serve physical training in contrast to classical sport. Furthermore, in view of the high prize money, the focus of Esport is not on the selfless pursuit of the purposes of the association, but rather on economic profit-making intentions. This is countered by the fact that it is not about the exercise of motor skills through "sport", but about the contribution to the common good by inspiring (young) people to engage in joint activities.

With its resolution of 16 June 2020, the CDU/CSU parliamentary group has now concretised its position. According to this resolution, Esports should fall under the term "sport" for tax purposes, but only “as far as electronic sports simulations are concerned”. Sports simulations such as football matches or racing games would therefore not stand in the way of non-profit status, whereas clubs that also promote real time strategy games or ego shooters would not be able to benefit from the tax advantages. You can find the German Version here.

With its positioning the CDU/CSU parliamentary group takes a kind of middle course, which should not surprise anyone who has followed the discussion. The limitation to sport simulations is justified by the positioning paper by the lack of a public interest character of the other Esport games particularly. In simple terms, according to this position, all games that gain their competitive character by the players fighting against each other in a non-sporting sense are excluded from the eligibility for funding. It is noticeable that the position paper adopts with the statement of the German Olympic Sports Confederation (DOSB), which was already made at the expert hearing of the Bundestag on 20th February 2019. The DOSB adopted a distinction between “virtual sports” and “eGaming”.The fact that also non-sport games also place equally high demands on the players' abilities, in particular their ability to react, cannot be seriously disputed, but it is obviously not decisive for the stakeholders. Also the frequently cited argument that economic interests are also pursued by means of Esport is obviously secondary for the critics, because immense prize money is also awarded in sports simulations. More decisive for the positioning is probably the moral public welfare character intended by the law, which is at least generally doubted by the positioning for non-sport simulations.

This differentiation ignores the fact that there has been a large portfolio of video games for some time now that neither depict typical sports simulations nor contain an exaggerated depiction of violence, but rather take creative ways to entertain and challenge the player. Should the positioning of the CDU/CSU become law, it can be expected that an inconsistent interpretation of the law by the tax authorities responsible for the assessment of non-profit status will be conducted. It is likely that in the long term even more restrictive interpretations will prevail if the legislator now explicitly excludes certain types of games after a previous legislative gap in the law.

The CDU/CSU parliamentary group has decided with its resolution of 16 June 2020 to promote the tax law non-profit status of such clubs that operate Esport, as far as sports simulations are concerned. A positive aspect to be emphasized is that this includes a certain degree of legal and planning security for specific clubs for the time being. However, the positioning can be criticized in terms of content. Even video games that are not sports simulations have the potential to serve the public good. Nor can not be denied that the positioning paper causes a certain contradiction to the coalition agreement between CDU/CSU and SPD, to which “the” Esport should be “fully” recognised. For the time being, it remains no more than to wait and see in which direction the discussion turns. 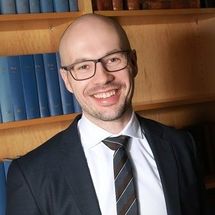 Karlsruhe Higher Regional Court: Tap tags need to be labeled as advertising - Are tap tags simply a private service for followers or are they hidden…