Company succession is one of the most complex legal issues because, in addition to inheritance, family and corporate law aspects, tax law also plays a major role. In the past, the lack of coordination between inheritance and income tax gave rise to numerous legal issues and conflicts of interest that were difficult to resolve. Therefore, in 2009, the legislator attempted to resolve this conflict with a broad, general exemption of business assets subject to inheritance tax by valuing certain businesses and company participations at their fair market value (referred to as common value for inheritance tax purposes in sec. 9 Bewertungsgesetz - BewG) and exempting them from inheritance tax under secs. 13 a, 13 b Erbschaftsteuergesetz (ErbStG). However, this leads to constitutional problems (cf. Bundesverfassungsgericht (BVerfG), December 17, 2014 - 1 BvL 21/12), so that comprehensive amendments were necessary, in particular in secs. 13 a, 13 b ErbStG. Since then, the value of business assets, agricultural and forestry assets as well as shares in corporations within the meaning of sec. 13 b (4) ErbStG is not taken into account, with the result that 85 percent of the business assets benefiting from tax relief remain tax-free if the business is continued for five years (so-called exemption discount). The remaining 15 percent are classified as non-productive and consequently not eligible for tax relief.

It was previously unclear at which point in time the separate determination of the value of the share in the business assets is to be carried out if shares in a partnership (in particular a limited partnership (KG) and a GmbH & Co. KG) are transferred without consideration but subject to a condition precedent. The Federal Fiscal Court (Bundesfinanzhof - BFH) answered this question in its ruling of September 1, 2021 - II R 8/19, which has now been published, and clarified that the decisive factor for the time of execution under tax law is when the transfer of the membership right under civil law becomes effective. However, if the execution of the donation is subject to a condition precedent, the donation is only executed upon the occurrence of this condition, which is why a value determination must be made at this point in time.

In practice, participations in partnerships are often transferred subject to a condition precedent, in particular the registration of the participation as a limited partner in the commercial register, which is why the gift can also only become effective upon the occurrence of this condition. Consequently, the separate value determination must be made on the day on which the execution of the gift takes place. The particular significance of the BFH ruling now arises above all for cases in which, in addition to the shareholding in a partnership under company law, assets are also to be transferred which, from a tax point of view, belong to the special business assets of the respective partner (co-entrepreneur). In order for this additional transfer of special business assets to qualify for tax relief under secs. 13 a, 13 b ErbStG, these assets must be transferred to the beneficiary at the same time as the shareholding under company law. According to the BFH decision of June 17, 2020 - II R 38/17, tax relief is excluded in the case of an isolated transfer of special business assets. 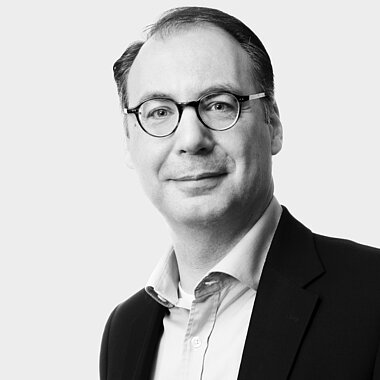