The Court of Justice of the European Union, General Court, recently lowered Chanel's hopes of having a trademark belonging to Huawei Technologies Co., Ltd. invalidated. The court found that the trademarks (see below) are not similar, therefore there is no likelihood of confusion and that trademarks must be assessed as registered, regardless of their rotation in their use on the market.​​​​​​​In September 2017, the Chinese technology company filed a new trademark application with the European Intellectual Property Office (EUIPO). The sign consists of a circle in which two interlocking “U”s or horseshoes form an “H” and is intended to protect goods in Class 9, in the broadest sense hardware and software products.

The French traditional company for luxury fashion and cosmetics Chanel SAS, among whose trademarks the two interlocking “C”s are particularly well-known, therefore filed an opposition against the new Huawei trademark based on two French trademarks protecting these “C”s. The opposition filed on December 28, 2017 was initially rejected by the EUIPO in March 2019 in the first instance and then in November 2019 in the second instance: the Huawei trademark was neither similar nor could a likelihood of confusion be found.

The action before the General Court of the European Union against this decision of the EUIPO has now also been unsuccessful. In the ruling of April 21, 2021, the court found ...

Chanel can now still appeal to the Court of Justice of the European Union. What is particularly interesting about the decision is the ruling that, in principle, “rotational” trademarks, which can be "read" from a wide variety of angles when applied to goods in reality, are only examined in the registered position. However, it is questionable whether it would have helped Chanel to register the trademarks in other positions as well. 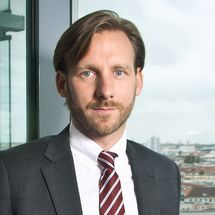