Are there risks of receiving warning letters when selling self-manufactured respirators?

After the Robert Koch Institute (RKI), the German government’s central scientific institution in the field of biomedicine, has made a U-turn in assessing the benefits of respirator masks and is now recommending that they be worn, the problem is compounded by the fact that, although the demand for face masks is high, supply is low due to earlier severe shortcomings in procurement.

In this situation, there are many private initiatives and companies that produce and distribute such masks. Regrettably, there are also a large number of profiteers offering inferior masks as purported respirators on the Internet and on several trading platforms at exorbitant prices.

Recent press reports suggest that lawyers would issue warning letters under unfair competition law even to welcome private initiatives to enrich themselves. To date, we are only aware that such rumors exist, but we have not yet seen any specific instances of this really happening.

In theory, however, such warning letters are conceivable on the basis of the German Medical Devices Act which is based on the EU Medical Devices Regulation (MDR) 2017/745 in conjunction with the Act against Unfair Competition.

If face masks are offered as respirators or medical face masks, for instance, they are considered to have a medical effect, specifically to protect the wearer from infection.

As such, they must then be classified as medical devices in risk class 1. These products must meet certain basic requirements to be sold as medical devices within the EU and are subject to a conformity procedure, the implementation of which must be documented with a CE mark.

In fact, this is a deeply sensible regulation, which is intended to protect, among other things, against purported medical devices with a claimed effect being sold to bona fide customers, while in the best case not having the claimed medical effects or in the worst case even endangering or harming users. And, of course, it makes sense for compliance with such consumer-protection regulations to be monitored by consumer protection associations and competitors, which are retaining legal counsel.

It is obviously to be highly supported and sensible that in the absence of professional medical face masks, many people are now wanting to create at least a minimum level of protection by making face masks. It is also important, however, that no protection is attributed to those masks that they actually do not have. If persons at risk were to wear such a mask in the mistaken belief that this mask would filter pathogens from the air that they breathe and protect them from infection, those persons may put themselves at unnecessary risk of infection and may fall seriously ill.

According to RKI President Lothar Wieler, simple masks, however, are unable to protect wearers from infection. Droplets excreted by an infected person when coughing, sneezing, or speaking are so small that they could penetrate the meshes of simple masks.

It is therefore important that such masks are not given names that suggest a medical effect that they actually do not have. Even if enthusiastic fellow citizens, whose only intention is to help, do so negligently, there may be considerable consequences. Obviously, in such cases, warning letters should not be used and fees should not be charged, but it should be apparent to everyone that behavior which, in the worst case, may endanger human life should be avoided. It is clear, however, that intervention with all severity will be necessary in cases where profiteers are selling inferior masks at excessive prices with deceptive information to bona fide private individuals who are unable to assess the lacking effect.

Conclusion and recommendation for action:

Where such masks are produced for one’s own private use only, it does not matter what they are referred to. In cases where they are provided to third parties, however, whether for a fee or free of charge, it is essential to ensure that no medical effect is attributed to them.

To avoid theoretically conceivable warning letters, but even more importantly not to endanger unsuspecting users, care must be taken not to offer self-produced masks or masks purchased from third parties that do not bear the CE mark under the designation of “respirator” or “medical face mask.” Where such masks are marketed under the designations of “mouth and nose cover,” “makeshift mask,” or “face mask,” however, and it is explicitly stated that the mask does not protect wearers from infection, then such masks may be produced and offered without any problems, as they are in fact not medical devices. 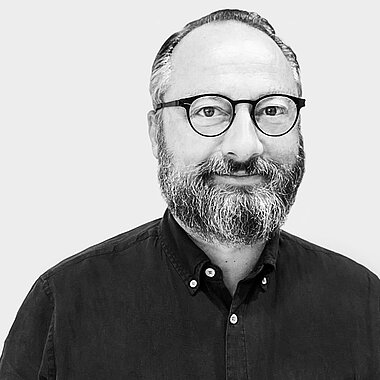