3D printing in the confectionery industry

The term “3D printing” is on everyone’s minds and for many has the potential of being a (further) trigger of a lasting revolution in industrial production. In use for a long time as a process for plastic, ceramic and metal processing, 3D printing has become increasingly important in the food industry

The term “3D printing” is on everyone’s minds and for many has the potential of being a (further) trigger of a lasting revolution in industrial production.1 In use for a long time as a process for plastic, ceramic and metal processing, 3D printing has become increasingly important in the food industry. In addition to young companies such as Print2Taste2 or 3D By Flow3, multinational corporations such as Nestlé4 have also recognized the oppor­tunities and want to employ 3D printing. The BeeHex5 originally commissioned by NASA, currently serves as the benchmark for all devices. The BeeHex is a pizza printer that is celebrated as an innovation, as it allows completely different ingredients to be combined in a uniform production process.6 In the confectionery industry, Katjes primarily stands out, in the middle of 2015; the Magic Candy Factory introduced a food-certified 3D printer for fruit gum.7

The functioning of a 3D printer is, in simplified terms, always similar. The basis of a 3D printing process is the so-called “CAD file.” This is created either by means of a drawing program or by a 3D scanner, and depicts the object to be printed in digital form. On this basis of this construction plan, the 3D printer creates the object by heating the raw material and layering such material on top of other material. This is also referred to as the additive layer method, which sounds like this at Katjes:

“The system of the Magic Candy Factory is based on FDM (fused deposition modeling). A special mixture made of natural ingredients is heated and then applied by means of a suitable nozzle, resulting in different shapes and unique combinations. Each produced form was developed by the Katjes team using 3D modeling software and then converted into a G-code, which tells the printer where to apply the individual layers, and at what speed and frequency.” 8

At times, the 3D printing process is described as a threat under the heading “Intellectual property crisis 2.0.” The reason for this is the uncertainty as to whether, for example, pre-production (that is, the creation of the CAD file) already constitutes pro­duction within the meaning of § 9 of the German Patents Act (Patentgesetz) or merely is preparatory treatment that is not justiciable, with the corresponding gaps in the ability to track any violation. Moreover, the fact that industrial property rights cannot come to grips with the “private” expression of end users is subject to criticism.

It remains to be seen whether such risks are applicable to the food industry to the same degree as health care regulations. The fact is that any change entails risks, but the greatest risk often consists of being unprepared for change and disregarding the opportunities (better customer orientation, reduction of production costs, sustainable production) presented by 3D printing. Better than complaining about gaps in protection in the law, it is time to set the course for successful 3D printing applications, through innovative print stores, branded products and the expansion of proven monitoring and rights enforcement strategies for this new business model. 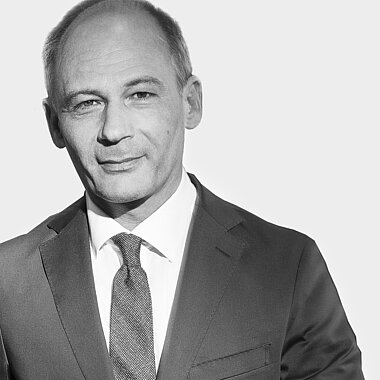